First of all, it's a really small world. Then, if you talk about the opera world, we may as well all be living in a shoe box. It is literally almost impossible for me to go to a town where there's an opera to have an audition, and not see someone I know. Occasionally that smallness comes back to bite you on the ass (Oh - hello there ex boyfriend with whom things did not end on good terms - yes - now we have to sing opposite each other - uncomfortable much?) but usually it is a welcome and wonderful thing to find people you know and have a shared history with on all corners of the globe.

This weekend was no exception. I heard from my agents that I would be having an audition in Dusseldorf on Monday, which couldn't have been more perfect because a dear friend of mine was singing Pamina on Sunday there, and I had been wanting to find a way to visit her during this trip anyway. In fact, we had already talked about me traveling to Dusseldorf this very weekend just to visit with her before I even found out about the audition. Eureka! Of course, when you are two singers visiting each other, usually dinners have to be cut short so you can get your rest before the performance or audition, no sitting outside, no alcohol, not too much talking, etc. But it was fantastic nonetheless to not only be able to see her perform (in a Magic Flute with a truly excellent cast of singers - I was extremely impressed with every single one of them) but to have a chance to reconnect and tell each other all the stories from the past year and a half of our lives. I wasn't however, expecting to run into not one, not two, but THREE other people I knew at the opera and at the audition, but that's our shoebox for ya.

I have gotten to the point with auditions where I literally do not get nervous at all, which I have to say is really nice. I actually enjoy myself and take advantage of the relaxation to play around with musical and dramatic things, and I certainly sing better when I'm not nervous. And even though I hadn't offered it on my "list" of suggested arias, they wanted to hear some Rossini, so I pulled out Una Voce (not before rifling through my audition binder and making a joke about how it would have been really stupid of me not to have brought Rosina when I was just singing that role in Berlin. I don't know WHY I feel the need to be so jokey in auditions - note to self - you are NOT a stand up comedian) and I have to say I nailed it. It's funny how singing well in any situation - even an audition where only like 4 people hear you - can create a euphoria that lasts for the rest of the day.

Immediately after the audition I headed to Cologne, where I had another audition scheduled for the next day. I didn't really do a ton of sight seeing in Dusseldorf because I was more concentrated on spending time with my friend and seeing her matinee than wandering the streets, but as soon as I arrived in Cologne I grabbed my camera and went exploring. Right when you come out of the train station you see this monster, the Köln Dom, and the size and majesty of it just stops you in your tracks. Especially for an American, because we may have invented super-size when it comes to fast food, but we just don't have architecture this huge that is also this old. 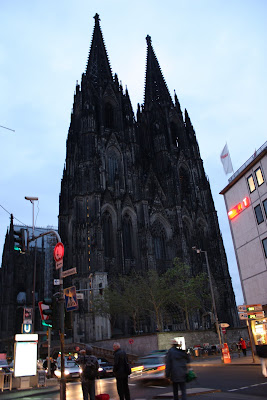 One of the things I'm always going on and on about loving in Europe is the fact that Opera is so integrated into the culture, and it is such a part of life here, that being an opera singer actually makes you feel special and important. First of all, when you arrive in a town, you can just ask your hotel "where is the opera?" and there will be a special building, well marked on the map, that is used just for that. In most cities in America, we perform in some kind of performing arts complex that might show a few operas a year, and it is certainly not referred to as an Opera House. But walking around Cologne in search of the Opera House, I had no trouble finding it because as soon as I got there, every business had the name Opera in it. I don't even think there's one single business in Lincoln Center with the word opera in the title, and there are two opera companies right there! In Cologne I was in the twilight zone of opera businesses - every where I turned there was another one! 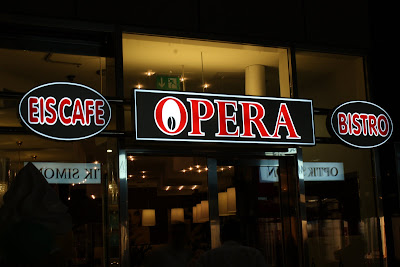 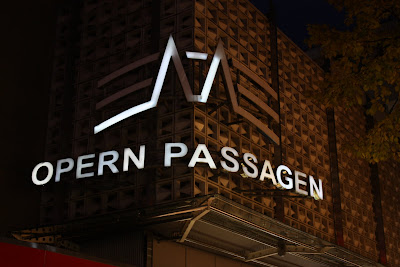 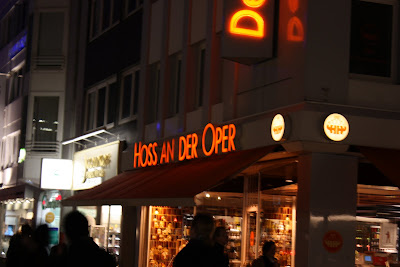 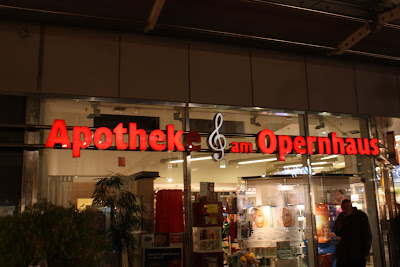 The audition in Cologne today also went well (although of course, I couldn't seem to let myself escape without making some dead-pan comment to the people listening about the acoustic of the room not being conducive to coloratura - JENNY - step away from the jokes!!!). Since I was the only person they were hearing, I couldn't very well see anyone I knew, BUT, a friend of mine had just sung Carmen there two nights before, so basically my shoebox rule still holds true.

Now I'm back in Berlin for only a few short days before it's off to New Orleans. That my friends, is going to be something of a culture shock.
Posted by sestissimo at 2:54 PM